The Boston Globe has proclaimed the Berkshires “an aggregation of performing arts unmatched anywhere in the country.”

So I would be irresponsible if I did not spend considerable energy letting you know the details.

Yesterday I covered the summer plans for Shakespeare and Company.   But in doing my research, I ran into a website called “Berkshire on Stage” which essentially does much of my work for me.  In that particular post, blogger Larry Murray was touting the line-up at Barrington Stage Company this summer.

But I noticed his blog several days ago which presents an overview of the summer.   Since “going viral” is the dream of every blog, I am sure Larry will not mind if I lift directly from his post and share his research and opinions:

You don’t need a theatre ticket to soak up the food, natural beauty, history,

night life and fabulousness of the Berkshires during the summer. The Berkshires have plenty to offer, and are not only family friendly, but also nature friendly, gay friendly, pet friendly, vegan friendly and meditation friendly. In fact, the rural diversity of the area is surprisingly welcoming to all – both urbane and down to earth at the same time, a winning combination. There is no app for it. You have to come here to experience it.

Many who visit remark on the less frantic change of pace, one which lends itself for the one thing that distinguishes the area above all others, its wealth of arts offerings. Mention the Berkshires and most people automatically think of Tanglewood, the summer home of the Boston Symphony Orchestra, when they think of this area. Or Jacob’s Pillow, the magnet for dance in America. And lately the Solid Sound Festival and Chicago’s Wilco at the mammoth Mass MoCA museum.

But quietly the Berkshires has become a buzz word among a new crowd, the serious theatre-goer. Not that theatre is new to the Berkshires, all of our companies have distinguished histories. But lately they have been creeping into the national news as the companies have been flourishing, expanding, and drawing ever-bigger crowds.

Once the theaters were thought to be for the summer crowd, but then , the locals discovered them too. These days you’ll find more residents than ever in the lines to get tickets for the really hot shows.

And local audiences can be tough audiences to please. They set the bar pretty high. Perhaps that is because the year-rounders, who endure the bitter cold winters, are hardy old souls, but once engaged by a play or musical, their hearts can melt like snowflakes under the spring sun. It happens a lot, and it is wonderful to see their smiles and hear their laughter. Makes living here year round even more enjoyable.

The Four Major Theatres and their Ten Stages

Located on the hilly and mountainous Western edge of Massachusetts, Berkshire County has a modest population of 130,000 hardy souls who benefit from being just a few hours from the bright lights of Broadway. In fact, many New Yorkers consider the Berkshires their summer hideaway, including dozens of performers, directors and playwrights. Even Bostonians, with their nearby siren call of Cape Cod are heading West to revisit the sometimes forgotten treasures of their own home state. I would gladly sign a petition to change the nickname from the Bay State to the Cultural State.

The four resident professional theatre companies contribute ten of the Berkshires’s two dozen stages to the culture count, with the balance at Tanglewood, the Pillow and three “presenting” organizations talked about below. And just behind this lineup are many more organizations who keep the Berkshires hopping from January to December.

The BTF is the granddaddy of the theatre companies, having been founded in 1928 and operating continuously since then, with the exception of 1942-45 which were the years when America fought WWII. Their main stage is a repurposed old casino which was dragged by oxen from Main Street Stockbridge, MA and has seen America’s greatest actors on its stage. It holds about 400 people. It is just a short drive from the famed Norman Rockwell Museum.

This summer the Fitzpatrick Main Stage will host Sylvia by A.R. Gurney, Period of Adjustment by Tennessee Williams, and the world premiere of In the Mood by Kathleen Clark.

The smaller Unicorn theatre only holds about 120, so every seat is close to the stage and because of its stadium seating angles, has excellent sight lines. Moonchildren will open the season there, followed by Dutch Masters and Finian’s Rainbow. Two plays will get world premieres at the Unicorn – the aforementioned Dutch Masters by Greg Keller and Birthday Boy by Chris Newbound.

The BTF recently merged with the Colonial Theatre and will share programming back and forth with it for the first time this summer. Thus three stages will be lit by this company.

The Colonial Theatre has its own extensive calendar of events and provides state of the art technical and production support for musicals and large dramas, like A Christmas Carol, while the Unicorn is being viewed as an ideal location for cabaret and jazz offerings, as well as solo performers.

Also with three theaters, ShakesCo offers its usual mix of 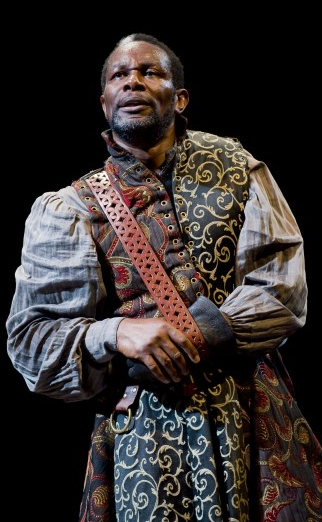 classics and contemporary plays in its 33rd Season. When not bringing Shakespeare back to life, they offer hilarious comedy and farce. So the Founder’s Theatre is where you will find the doomed lovers Romeo and Juliet and As You Like It, but their main house will also welcome the return of The Hound of the Baskervilles, a hilarious sendup of all things Conan Doyle with breakneck costume changes and cross-dressing spoofery.

The Elayne P. Bernstein Theatre is a smaller “flex space” where crowds will flock to see Red Hot Patriot: the Kick-Ass Wit of Molly Ivans alternating with two other shows. The outdoor Rose Footprint Theatre is a destination for families, and this year the commedia dell’arte includes The Venetian Twins and the brand new Everyman/EveryActor.

Also on their bill of fare are The 39 Steps, The Learned Ladies and Women of Will with Tina Packer. 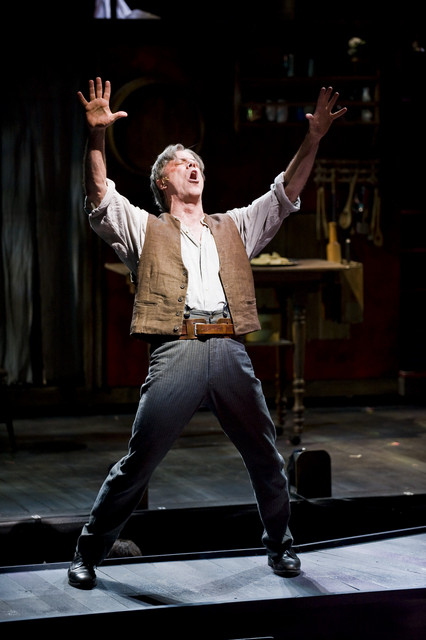 The ingenue in our cast of great theaters is the Barrington Stage Company, founded just fifteen years ago by Julianne Boyd, and attracting nationwide attention for its excellent work. It has already sent several shows to Broadway, including William Finn’s 25th Annual Putnam County Spelling Bee, The Whipping Man and Freud’s Last Session. With a special knack for musicals, this summer includes the evergreen Guys and Dolls and The Game on the Main Stage. Also on the main stage is the premiere of Mark St. Germain’s The Best of Enemies. Stage 2 will host the premiere of the musical Mormons, Mothers and Monsters as well as Going to St. Ives, My Name is Asher Lev and Zero Hour, a one man show about Zero Mostel.

Their youth company also attracts numerous fans, this year presenting All Shook Up, a celebration of Elvis Presley at St. Joseph High School plus another location TBA.

At several points during the summer they will have three stages lit at the same time. And in October they will present a staged version of Lord of the Flies.

While the first three companies are year-round residents and offer programming in the September-May slot, the WTF is only able to perform during the summer when it avails itself of two new theaters at Williams College. In essence it was a company begun 56 years ago by the college, and its friends, and it has grown and prospered as a visionary company with impeccable quality.

Two classic plays will light the Main Stage at the 62 Center this year: George S. Kaufman’s You Can’t Take it With You and Oliver Goldsmith’s rowdy comedy, She Stoops to Conquer. Closing the main stage season will be the Revue-sical Ten Cents A Dance, celebrating the music of Rodgers and Hart.

The recently announced Nikos Theatre season is one in which two classics, A Streetcar Named Desire and A Doll’s House can be seen in the intimate confines of this smaller theatre, as well as several new works, Lewis Black’s One Slight Hitch, the East Coast Premiere of Bess Wohl’s Touch(ed), and The Civilians’ production of You Better Sit Down: tales from my parents’ divorce.

You will find a trio of “presenting” theaters in the Berkshires as well. Down south, in Great Barrington is another glorious restored theatre, The Mahaiwe Performing Arts Center, whose marquee will feature names like Joan Rivers, Paul Taylor Dance Company, The Wailers, Peter Yarrow and soprano Deborah Voigt.

At Pittsfield’s Colonial Theatre there is not only The Who’s Tommy, but Tommy Tune and Tom Paxton plus far too many others to detail here.

In North Adams the Massachusetts Museum of Contemporary Arts has more than visual appeal, it has the Hunter Center performing space and Club B-10 for cabaret sized offerings. During the summer it also schedules things outdoors, from their walk-in open-air cinema to the multiple stages and excitement of the Solid Sound Festival featuring Chicago rockers Wilco. They also play host to the Bang on a Can week long contemporary music festival. 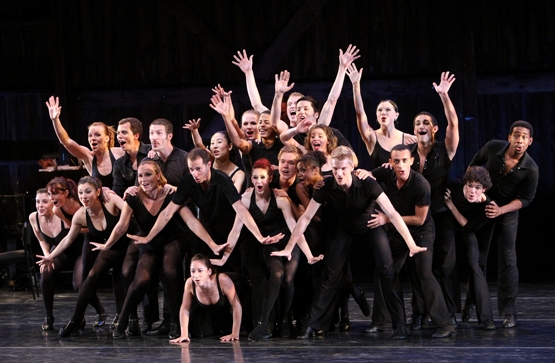 With three stages, Jacob’s Pillow is the place to be if you love dance. The array of dance offerings is breathtaking. The Ted Shawn Theatre is their main stage, where dance companies from around the world show off their latest works. In the Doris Duke Studio Theatre, emerging companies, and those who are working on complicated new pieces allow audiences a preview of what will soon be hot, and what might not.

Families love the Inside/Out stage and its free late afternoon performances most summer days. Set in the open air in the woods, the stage is being completely rebuild for 2011 and offers both samples of the companies performing there, and showcases the students at its school. The quality is high, the experience magical. 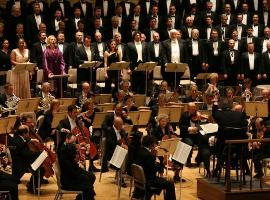 The BSO’s summer home is the place that began it all in the Berkshires. SInce 1936 the small orchestra encampment has grown, with the famous Shed also playing host to such well known artists as James Taylor, though this year he will be performing in the more intimate Ozawa Hall. There is also a theatre where opera and other staged works can be performed. It took us four articles to detail everything happening there.

The great lawn, meticulously maintained, offers concert-goers the delightful experience of a picnic with live classical music, overlooking the beautiful Stockbridge Bowl. The only question on some people’s minds is whether the BSO’s Music Director, James Levine, who has been struggling with back problems, will be able to fulfill his scheduled performances. Even so, the BSO has one of the most impressive rosters of alternate conductors I have ever seen, so while missing the maestro might be a disappointment, the joy of discovering a fresh and upcoming conductor makes the gamble irresistible.

Tanglewood remains the Berkshires best known attraction, but the crowds who are arriving for other events are – in aggregate – beginning to outnumber those of the reigning diva for the first time. These new audiences are younger, more adventurous and who knows, they may take a night off from theatre to take in a concert. Now that would be a switch to the conventional thinking, wouldn’t it.

With so much on the calendar, the Berkshires offer as much culture in the summer as you will find in most major cities, and in an idyllic setting that still is pretty tough to top.