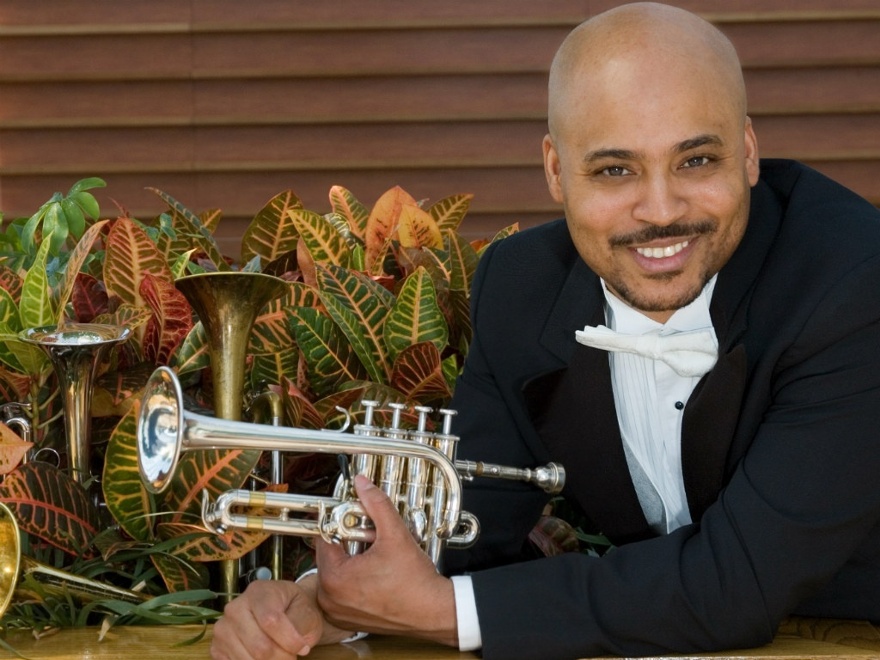 Many of you know that Wynton Marsalis and his band stayed at Hampton Terrace while performing at Tanglewood a couple of summers ago.

Recently, we hosted a young couple five nights for their honeymoon.   On the first morning, I learned that the husband, Rodney, played professional trumpet.   I volunteered that another trumpeter, Wynton Marsalis, had stayed at with us, and that he and I had played basketball in the back yard.

Jenn, the wife, volunteered, “Did you notice our last name?”   I had to admit, that in the rush of a full house of guests, I had not.   “Marsalis!”

It turns out that Rodney is Wynton’s first cousin, his inspiration and one of his teachers.   Wow.  We are reminded constantly, here at Hampton Terrace, what a small world it is.

I immediately showed Rodney the YouTube video of Wynton shooting hoops in our back yard.   He texted Wynton to say that he had met a Stan Rosen in Lenox, who had said he had beaten Wynton Marsalis at basketball.   That, of course, is not true, but everyone who knows Wynton Marsalis, knows that he is very competitive – especially at basketball – and such an assertion will certainly get a reaction.

At any rate, back to Rodney and Jenn.   Rodney is currently with The Rodney Marsalis Philadelphia Big Brass, which tours the world.  He began his trumpet lessons at age 11 with Wynton, and by 15, soloed with the New Orleans Symphony.  Invited to be a fellow at the Tanglewood Institute here in Lenox, Rodney soloed with the Boston Pops and was awarded the Seiji Ozawa Award for Outstanding Musicianship.   He has appeared with many of the leading orchestras of the world, and has been soloist or principal trumpet in over 30 recordings.  He teaches at Temple University and offers Masters Classes at Julliard.

And what does such a seasoned traveller think about Hampton Terrace?

“We had such a wonderful stay at Hampton Terrace! We were so relaxed…..”

Good.  They have already volunteered they would be back this summer.   Looking forward.