Though you would not know it from the name of the museum, the Berkshire Museum is home to a little cinema. And we mean that very literally, the theater that it houses is called the “Little Cinema”.

As per their own website, they offer first-run foreign independent films, and screenings of opera and ballet from renowned venues around the world. The Little Cinema has maintained a summer schedule of films for fifty years, and has expanded its schedule to include other seasons too. 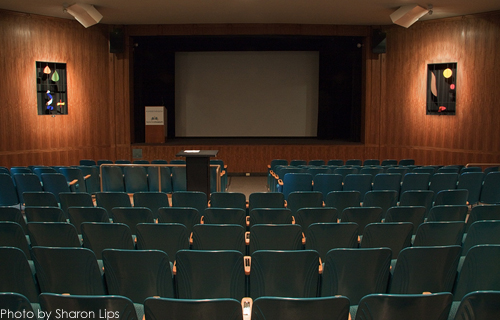 Among the films featured this month: The Salt of Life. From the Little Cinema website:

“In The Salt of Life…a middle-aged retiree becomes invisible to all distaff Romans, regardless of age or relation. He contends with an aristocratic, spendthrift mother; a wife who is more patronizing friend than romantic partner; a daughter with a slacker boyfriend whom Gianni unwillingly befriends; and a wild young neighbor who sees him merely as her dog walker.”

In The Matchmaker, another April film in the Cinema’s queue, tells another tale of improbable friendships:

“Arik, a teenage boy growing up in Haifa in 1968, gets a job working for Yankele Bride, a matchmaker. Yankele, a mysterious Holocaust survivor, has an office in back of a movie theater that shows only love stories, run by a family of seven Romanian dwarves in the seedy area by the port. Yankele introduces Arik to a new world, built on the ruins of an old one.”

Intimate films in an intimate setting (it’s called Little Cinema for a reason, after all). You could even check out other parts of the museum while you’re there…!