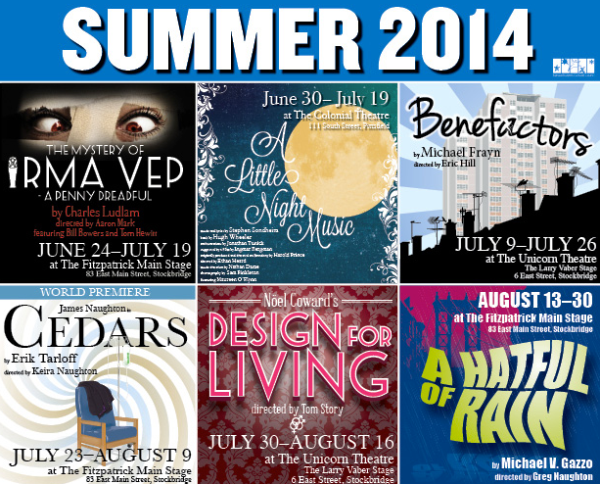 BTF has been presenting Broadway level theater for 86 years, and has featured too many famous actors and actresses to name, in two historic buildings in Stockbridge.  Add to this, the new opportunity to mount performances in the Gilded Age era Colonial – and you can see why so many people are excited when new seasons are announced.   With the addition of the Colonial, Berkshire Theater Group can now program year-round.

But as demonstrated above, BTG does not stop with its own productions, hosting a variety of comedy, music, touring companies and the like to suit all tastes.

Tickets for all performances can be purchased at the Berkshire Theatre Group Website, or by calling 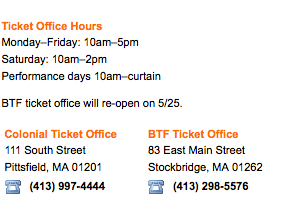