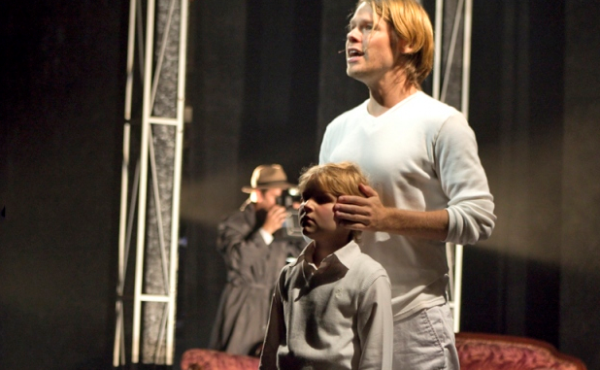 Larry Murray, creator of the Berkshire on Stage website reviewed The Who’s Tommy, which was produced from scratch in a week… for a mere two-week run at the Berkshires’ Colonial Theater.   I quote: 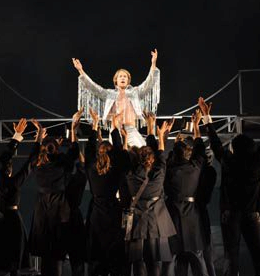 ast night there was a miracle – in more ways than one – on South Street in Pittsfield. The Who’s Tommy is the first production of the newly minted Berkshire Theatre Group and it was more than good, or great. It was heart-thumpingly fantastic. By the time the classic story of Peter Townshend’s deaf, dumb and blind boy had been told, the audience was up and out of its seats, whooping, hollering, dancing in the aisles with complete joy and abandon.  In decades of seeing theatre, including the original Broadway version of Tommy, and its national road show company, I have never seen anything like this response before. My delight with the show was pretty unexpected too, as I found tears of joy suddenly streaming down my face.


My response was the same.   Unlike Mr. Murray (who by definition sees every play produced in the Berkshires every year), I had never seen any version of Tommy.   Okay…I did see the movie, nothing more than a progression of over-the-top star-cameos of the songs. 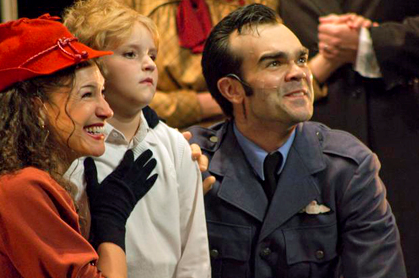 Pete Townshend has produced a miraculous work…which succeeds on many levels….offering every listener (yes, it was originally just a record) or audience member to project his or her own fears/insecurities/dreams/experiences and triumphs to the literally blank slate that is the boy, “Tommy.”  Or, having just read biographies of Eric Claption and each of the Beatles, Tommy could be the story arc of about any British invasion star.   Or, as I ponder what life must appear like to my teenage twins and their friends:  the better-than-average chance of being exposed to and damaged emotionally by family tragedy, bullying, sexual abuse, drugs, and/or other “challenges” thrown to “deaf, dumb and blind” minds.  Like pinballs bouncing around the bumpers. 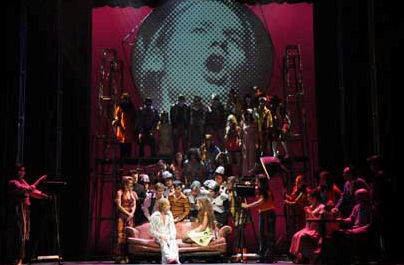 SO….   The genius of this production is that Director Eric Hill let the story tell itself.  A collaboration with Pete Townshend himself.

How novel.   Hollywood never met a book it didn’t think it could improve (are you listening Steven Spielberg?)

Hill and his actors tell the story, as it was conceived, through the music….powerfully performed and masterfully staged and choreographed.

I think Larry Murray did a wonderful job with his review, so I won’t go further.

I wish everyone I know could have shared this experience with me.   Especially my high school friends.    Back in the day we used to plug a turntable into a Fender Twin amp and listen to music the way it was created….volume turned to 10.