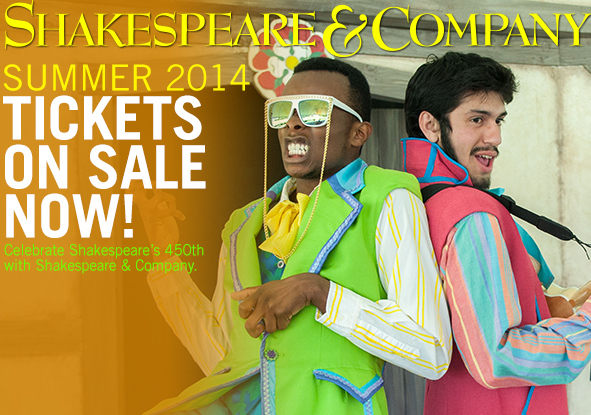 Located about one block from Hampton Terrace, Shakespeare & Company presents its 2014 Summer Season – celebrating the 450th birthday of The Bard.

Tickets are now on sale through their website, and special packages are also available for

those who make it a goal to see as many of the summer’s offerings as possible.   We have plenty of guests who try to do that, but no one is more committed than Judy Newman, who has stayed here 56 nights since 2007.   Originally referred by the Shakespeare & Company box office, Judy waits until the S&Co. schedule is announced, and then locks in at least three visits per summer.   Judy has been here so many times, we don’t even check her in.  She goes right to her room and we see her at breakfast. 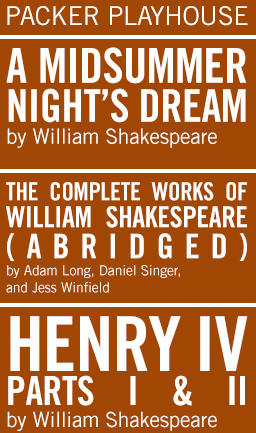 Although Judy tends to come on weekends, most of our Shakepeare and Company guests like to come midweek, when they can save up to $70/night at Hampton Terrace, compared to the weekend rates.  We also do not have a midweek minimum, which helps those who cannot stay three nights on the weekends.   This is also true for our guests who are interested in Jacob’s Pillow, Williamstown Theater Festival, Berkshire Theater Festival and Barrington Stage Company.

But don’t think you are limited to Shakespeare at S&Co.   This talented group of actors can do anything – and they also tackle mysteries, romances, comedies – virtually no limit to their range.  And they have been known to relocate Shakespeare’s most iconic works to a different time and space.  After all, where did West Side Story come from?

And here at Hampton Terrace, we are very proud to have hosted many of Shakespeare & Company’s most beloved actors:   John Douglas Thompson, Malcolm Ingram, Johnny Lee Davenport, Olympia Dukakis, and more.

Additionally, Hampton Terrace has twice hosted actors and the production team for “Broadway in the Berkshires,” a bi-annual fundraiser for the Shakespeare and Company educational activities.   And we have also twice hosted the after-party, which in 2013 featured an impromptu sing-a-long with Academy Award-winning composer, Alan Menken.

Founded by Tina Packer more than 30 years ago, Shakespeare & Company has reached iconic 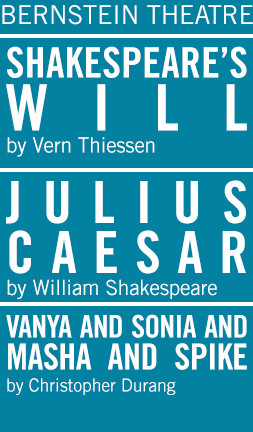 status in Lenox, home of the Boston Symphony at Tanglewood.   How proud we are to have such an important attraction literally walking distance from our inn.

Shakespeare & Company programs all year round, but concentrates its most expansive productions during the June through October “season.”   During this period, at least four different productions are rotating simultaneously.   And then the entire calendar changes over several more times.

From November through Spring, the company presents other interesting shows – usually not Shakespeare.   They are committed to helping the Berkshires build and sustain a twelve-month tourist season.