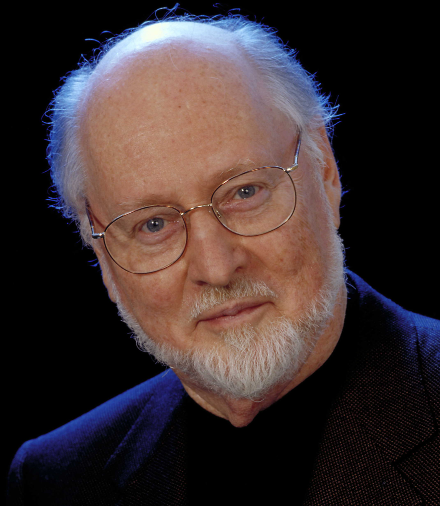 It has been a while since we did a blog on celebrity relationships at Hampton Terrace.   Time to get back to it.

Last month we were honored to host Jerry Williams from California for a week.   Jerry is a semi-retired percussionist… who has performed on more than 750 movie scores.   Jerry, and his wife Shirley, were in town to enjoy “John Williams Movie Night,” conducted by his brother….John Williams, of course.

Did John stay here?   Not necessary, because John has a 30+ year relationship with the Berkshires and has his own 2-bedroom cottage (with grand piano) on the grounds of Blantyre.

But he did visit Jerry here at Hampton Terrace, and he played our Steinway Grand.   Not content to let that be a “word of mouth” rumor for either Hampton Terrace or the Steinway, we asked Jerry if he would mind asking John to document his visit.

Within the week, the following note arrived: 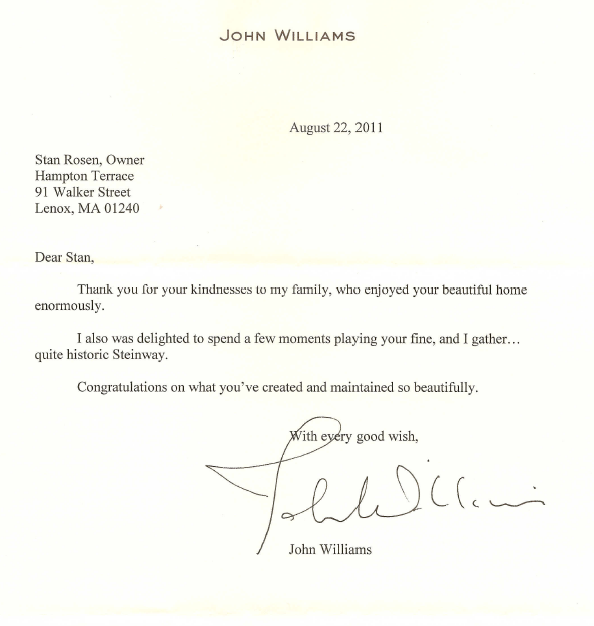 I consider this extraordinarily generous on the part of John, of course, who took the time to send a letter from California.  But especially from Jerry.   This is akin to asking a girl if she would fix you up with her better-looking best friend.

But having spent a week with Jerry and his wife, I detected nothing but great respect and admiration for his brother, and a sense of awe at what John has accomplished.   In my opinion, John Williams will be remembered as the greatest composer of this generation, and most probably of the century.

John’s trip to our piano was not a serendipity.   He has a passion for pianos, according to Jerry, and was especially intrigued by this one.

Our 1929 Steinway “L” has been played by many of the world’s most famous musicians and singers, including Arthur Fiedler, Emanuel Ax, Van Cliburn, Roberta Peters, Robert Merrill, Jerome Hines, Robert Shaw, Claudio Arrau, Alicia de LaRocha, and others.   Many signed the pin block.

How that came to be…will be the subject of another blog.

But add John Williams.   Jerry has promised to be back.  We are hoping it will be as soon as next summer, when it is a certainty that Tanglewood will do something special for John’s 80th birthday.