In researching this year’s Williamstown Theater Festival, we ran across this tasty morsel – the festival blog. From the trials and tribulations of Tyne Daly’s costume furs to “where the heck did they get that giant tree in Blythe Danner’s yard in The Blue Deep”, they bring you the chainsaws, the backstage peeks, prop-making, and opening night fun. Get to know the interns, the actors, the costumers and more – the play beyond the play, the offstage that brings the onstage experience to life. 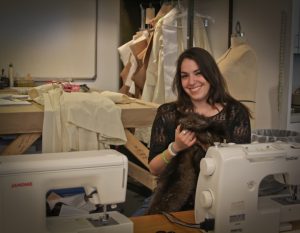 “A Vacation From the New York Stage” is another WTF-related link that you should check out, a fabulous piece from the Wall Street Journal, accompanies New York stage actor Brooks Ashmanskas to the Williamstown Theatre Festival to see The Importance of Being Earnest. A fun peek into the politics of New York theater and the freedom of working far enough from Broadway to play juicier roles at WTF.

If you’re a Facebook user, they also have a regularly updated Facebook page. Perfect for backstage fun on the go.

Coming up on the WTF* stage – The full cast has just been announced for their upcoming production of Ivan Turgenev’s A Month In The Country. The show runs from August 1 to August 19.

Lots to do at WTF this season and lots of fun to be had before you even get there. You’ll feel like a part of the company before you arrive – have at it!

*Let’s just get it out there: that’s a funny acronym.