Occasionally someone will reference magic at Hampton Terrace.  Fine.  We like to hear that.   BUT….no one will deny REAL magic – the Disney kind – occurred late one Monday evening, this summer, in our living room.

Magic takes special ingredients, and it is undeniable that there was something brewing in the cauldron that evening.   Deborah Grausman, a local friend with a foot in Shakespeare & Company, and a foot squarely with the New York musical theater crowd, had just produced her second “Broadway in the Berkshires,” to benefit the education programs at Shakespeare & Company.

Many Broadway leads have taken advantage of the “intensives” at S&Co.   Even beyond a professional connection – for many Broadway actors – the Berkshires are like comfort food.   So when Deborah comes calling, those who can, respond.

The sold-out performance at the Tina Packer Playhouse consisted of one show-stopping musical number after another, hosted by John Douglas Thompson.

This could have been magic enough, but we were in for a historic surprise.   The actors, sponsors, and major benefactors of the evening were invited to Hampton Terrace for an “after-party,” and this is where our story begins. 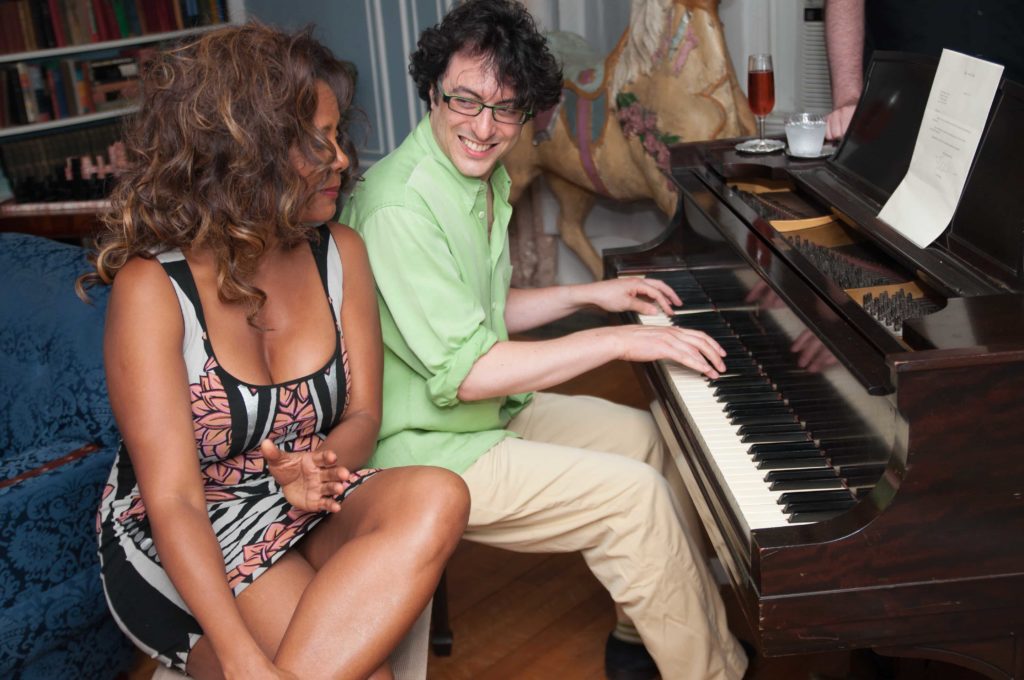 Alan Menken has won eight Academy Awards and 11 Grammies for his scores and original songs from iconic Disney musicals, including The Little Mermaid, Beauty and the Beast, Aladdin, and Pocahontas, as well as Broadway shows, Little Shop of Horrors, and Newsies. His daughter, Nora, performed in Master Class this summer with Deborah, and she was part of the “Broadway in the Berkshires” line-up.   Her parents drove up from New York to see her, and serendipitously stayed at Hampton Terrace.

I have to admit: I threw a few of the ingredients into the cauldron as well.   When Alan checked in that afternoon, I gave him the typical tour and steered him close enough to the Steinway to see John Williams’ letter.  He said, “Ooh…Johnny played this piano!”   I responded, “And you will too.”   I told him about the after-party and he agreed he would sit down for a song, but not to expect more.   “Of course not, Alan…”

So fast forward to after 11 p.m., when there were easily more than a hundred guests in our living room, dining room and bar – sipping champagne and eating chocolates from Chocolate Springs.  Terrific jazz pianist, David Grausman, was playing the Steinway, when Alan Menken finally responded to the nudging and sat down to play his “one song,” “Part of Your World,” from The Little Mermaid.   Deborah Grausman took the lead (Touring Company, Fiddler on the Roof), along with Lauren Jelencovich (currently featured vocalist with Yanni, Grand Prize in Ed McMahon’s Star Search).   Encouraged at that level of professionalism coming from beside the piano, Alan continued on… 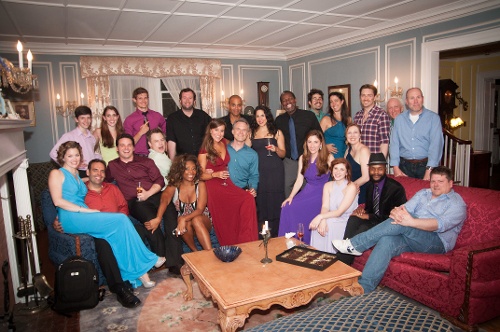 He played a dozen songs or more, perhaps surprised that virtually every one in the room knew all the lyrics to every song.  Several highlights jump out…

“Suddenly Seymour” from Little Shop of Horrors:  This rendition went to a whole different level when Jonathan Rayson took the part of Seymour.   Jonathan played Seymour on Broadway, and in the national touring company.  Just as impressive, was when Kat West jumped up to be Audrey in this iconic duet.   Kat was the stage manager for “Broadway in the Berkshires” and although her resume of backstage management is long, even her friends did not know she could sing like this.

“Somewhere That’s Green,” Little Shop of Horrors:  Joining Alan on the piano bench is Tonya Pinkins – a very familiar face to many.  Star of Broadway, films and daytime soaps, she has won about every award there is, including a Tony.  Watch this clip the whole way through.   How they end the song sums up the evening here at Hampton Terrace.

Stay tuned for Part Two of this Berkshires adventure…!