It may still be summertime, but the time is right for planning a fall trip to the Berkshires. New England is a region that experiences a full four seasons, and is known the world-over for its spectacular fall foliage and festivals. Add the mountains of the Berkshires into the mix, and the “wow” factor multiplies.

September offers “What’s Out There Weekend” – a weekend of expertly guided tours, including exclusive deals on tee times at some of the region’s significant golf courses. The still-beautiful weather of fall’s first month is a great time to take in historic landscapes. 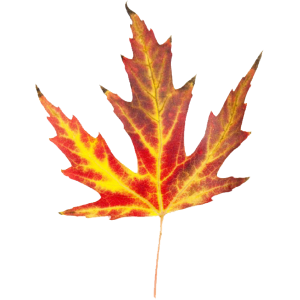 The Fall Foliage Festival in North Adams and Pittsfield was started over 50 years ago to celebrate the commencement of the fall season in the Berkshires. The 58th Annual Fall Foliage Parade, a centerpiece of the festival, is scheduled this year for October 6th – prime leaf-peeping time. Additional events, including an outdoor barbecue, fill out the week of the festival (the festival begins the week before the parade).

And of course…the leaves. Yes, the leaves, one of the crown jewels of the Berkshires experience. Berkshires.org offers these suggestions for taking in some excellent leaf-viewing:

“In the Berkshires, there are several routes that are especially dramatic and well worth the trip. Start on the Mohawk Trail along Route 2 near Clarksburg, a route that includes the famous Hairpin Turn and magnificent views of extraordinarily vibrant foliage. Drive through Williamstown (a quintessential New England college town, with historic brick buildings and classic white churches) and turn south on Route 7 for views of farms and orchards nestled along a picturesque valley. Cloud formations cast moving shadows on the soft hills that rise to the right and left of the road, and there are several places to pull over, stop the car, and drink in the quiet beauty.

Choose to motor south on Route 8, from North Adams to Mount Greylock, at 3,491 feet, the highest peak in Massachusetts. From Lanesborough, take the winding road to the top of Greylock for a spectacular display of foliage, golden yellow to blazing orange to vivid scarlet…and there are options for your group to hike (including a section of the Georgia-to-Maine Appalachian Trail) through the end of October.

Continuing south and west, Route 41 winds through Richmond and West Stockbridge, past open fields and pastures, wooded lots and family farms. Or choose Route 183 between Lenox and Stockbridge, meandering between stately trees shading the road, and then coming around a bend to a spectacular view of the Stockbridge Bowl, also called Lake Mahkeenac.”