Though the season has not officially flipped, it has changed in the imagination. Welcome to Fall in the Berkshires.

MASS MoCA, the Massachusetts Museum of Contemporary Art, always has a packed roster of engaging, diverse, and fresh events. This season is no exception, with the FreshGrass Festival of bluegrass and roots music, Ben Perowsky’s Moodswing Orchestra, and Talib Kweli and others, presenting, performing and creating at MASS MoCA’s North Adams headquarters.

FreshGrass is an annual event, exposing the roots of American music. FreshGrass is much more than a concert; it’s a three day, full weekend experience. The Del McCoury band, Alison Brown, Bill Evans, and dozens of others are the musical fabric of a weekend made richer with contests, workshops, kids’ activities, and food. The venue itself is a repurposed 19th-century factory, a perfect place to meld classic bluegrass with the genre’s cutting edge. The festival runs from September 20-22. It’s family-friendly and there is camping available. For more information about FreshGrass.

Ben Perowsky’s Moodswing Orchestra is the drummer/curator of his eclectic collection of some of NYC’s best musicians. Perowsky himself has played with greats like Bill Frisell, and John Cale. He is also known as a composer, arranger, percussionist and record 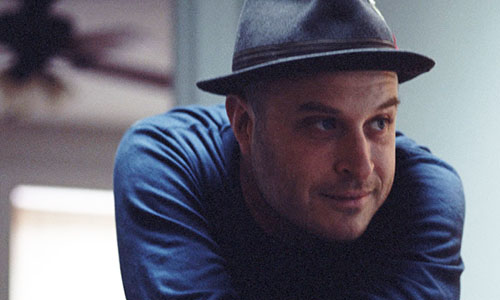 producer and according to DrummerWorld.com he has played drums since the age of 3. He is known for his affiliation with cutting edge and radical musical explorers and this project is no different. His collaborators in the Moodswing Orchestra include TK Wonder, a “a singer, rapper and songwriter who has supported such acts as Nas, Erykah Badu, Talib Kweli and opened for Sting, Justice, N.E.R.D, and The Prodigy”. Additional Moodswing collaborators: Canadian saxophone player Michael Blake, and Lenny Kravitz’s keyboardist, David Baron. They take the stage at MoCA on October 5.

On October 19, the artist that Pitchfork.com calls “One of the most rounded and complete rap personas in the game” comes to North Adams. Talib Kweli is best known as the founding father of conscious rap – bringing a social consciousness to the genre. He’s been collaborating at the cutting edge of rap since 1995.

The Berkshires are so well-known for classic, enduring, and revered events like Tanglewood, but the cutting edge is just as present, and not hard to find. Mass MoCA is a consistent presenter of what’s new, and what’s next, and a great place to look for events that will intrigue you during your Berkshires visit.

Photo of Ben Perowsky, via the MASS MoCA website.