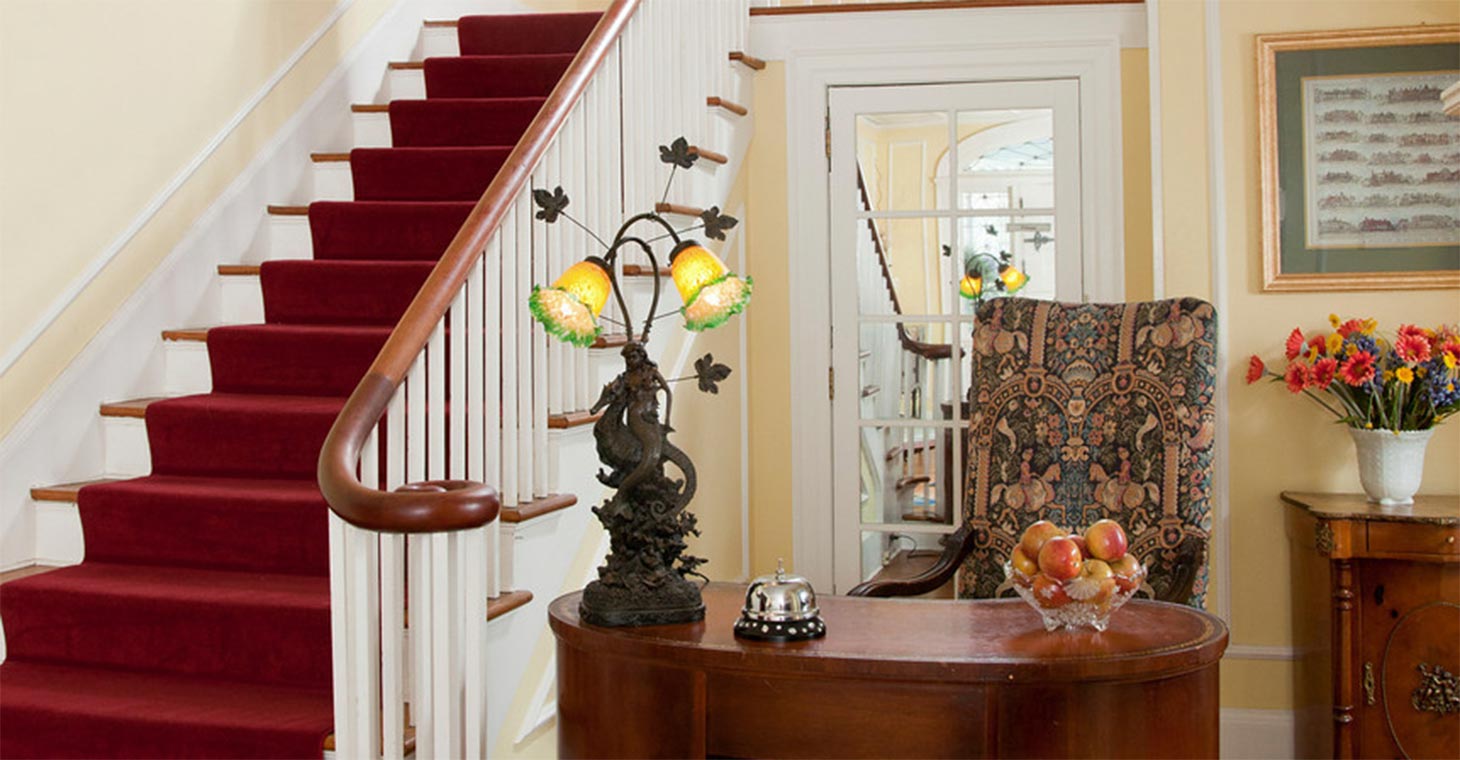 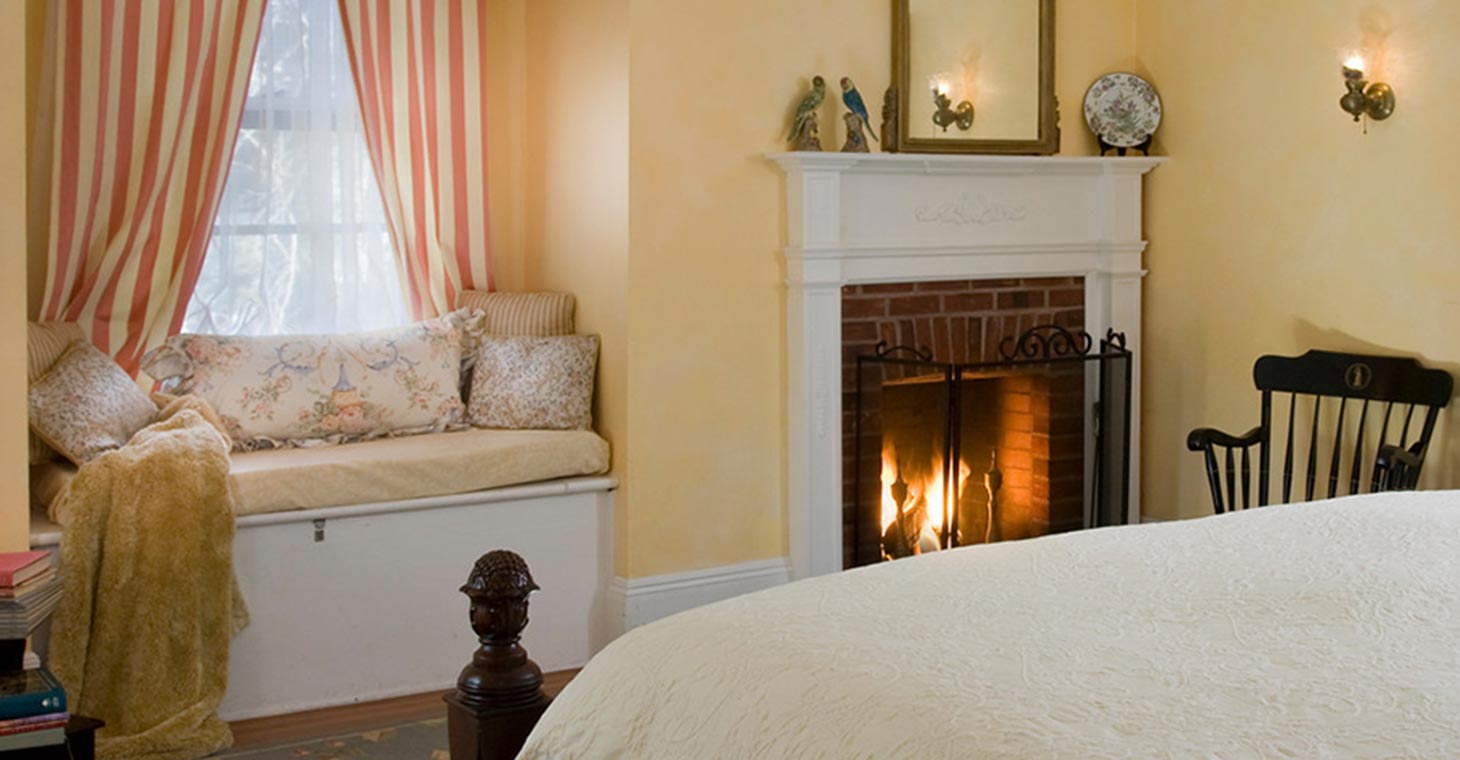 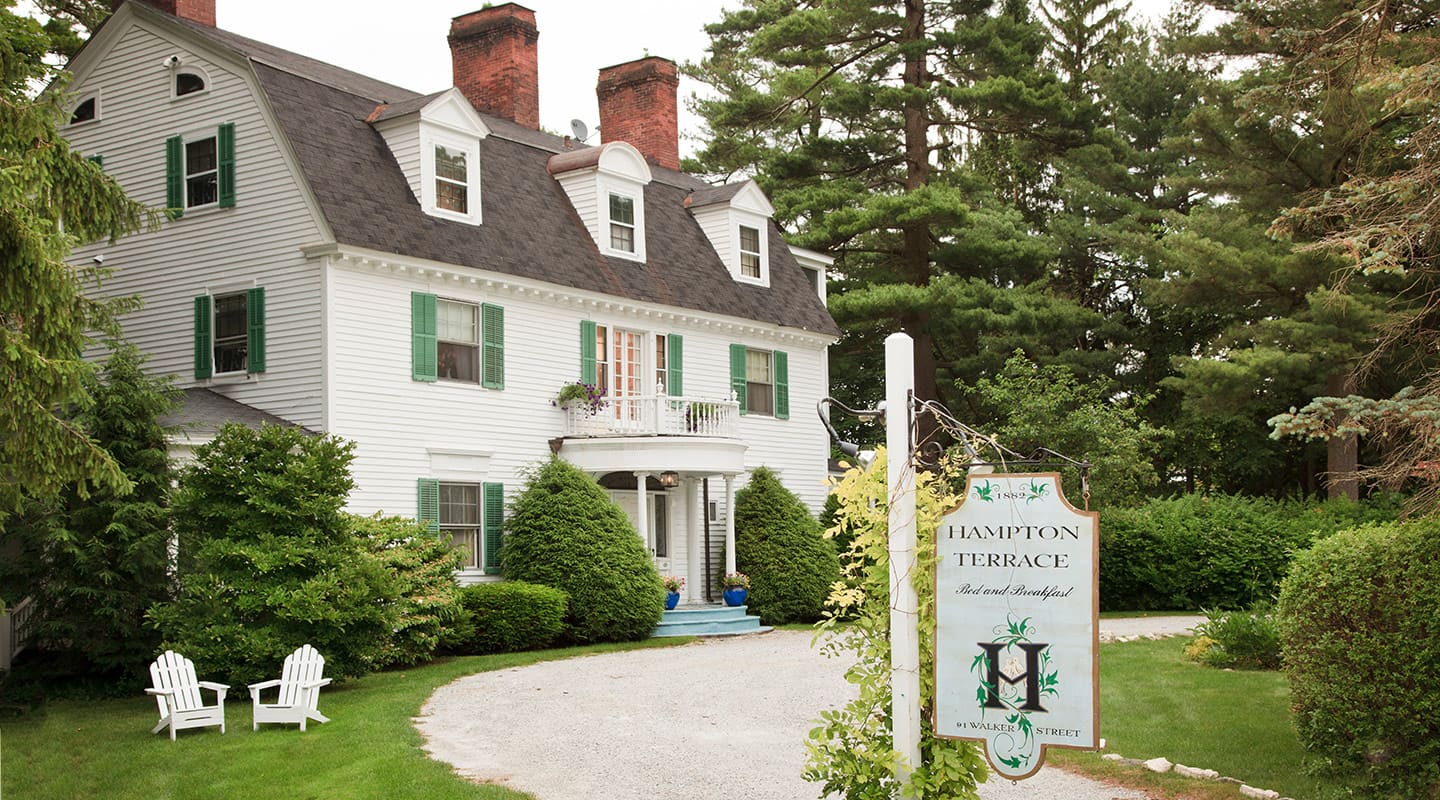 A Long History in the Berkshires

The property that Hampton Terrace is on was originally the site of Lenox’s blacksmith. In 1852, Edmund Spencer built a home on the property, which was acquired in 1867 by the widow of Ogden Hoffman, “one of the most eloquent lawyers New York ever contained.” In 1896, Philadelphia marble dealer John Struthers and his wife, Virginia Bird, purchased the house, which was next door to the in-laws of author Edith Wharton. Their aim was to replace it with a “cottage” suitable to their current social status. John built all of the marble buildings in downtown Philadelphia, the US Mint Building in Washington, and created George and Martha Washington’s sarcophaguses at Mount Vernon. Virginia’s father owned and captained The Universe, a Liverpool to New York ocean liner. The Struthers named their new summer home, “Wynnstay.” It originally had 11 bedrooms, two bathrooms and a stable on the property. They visited each summer for more than 20-years. 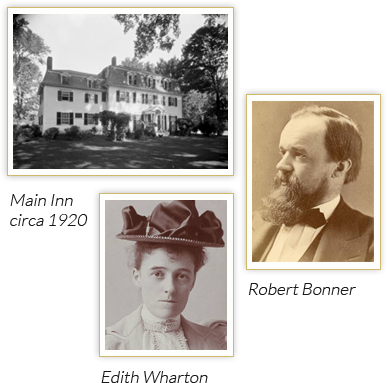 The Age Of Innocence

Edith Wharton lived next door to the Struthers for three years and down the street for 10 more. Mrs. Struthers was prominently featured in Wharton’s book, “The Age of Innocence.” According to the novel, Mrs. Struthers held parties in her home, derisively dubbed “French Sundays,” which meant she allowed drinking and smoking and entertained “actresses.” To the stiff New York Gilded Age crowd at the turn of the century, this behavior by someone from Philadelphia was blasphemous, although many in their group reveled at their inclusion in this “naughty” social circle.

In 1917, the house was bought by Robert E. (Ed) Bonner Jr., whose father (Robert Sr.) founded the New York Ledger, built a newspaper empire, and became one of the richest men in the country.

The junior Bonner took over the newspaper and married Kate d’Anterroches Griffith, great-great-granddaughter of General Lafayette. They were very social in New York and Europe, owned a number of race horses, and spent half of each year in Paris. Ed built his primary home on the corner of Madison Avenue and 53rd Street in New York City, but he and “Kitty,” as Griffith was known, spent their summers in Lenox for 20 years.

They renamed their summer cottage “Hampton Terrace” after Hampton, one of their four children. In 1928, their daughter Kate (who became a fixture of the Lenox social season) had a “Hampton Terrace” logo (shown on the left) designed in Paris.  Beside the newspaper, the Bonners were known as the most famous owners of race horses in the country (see below). 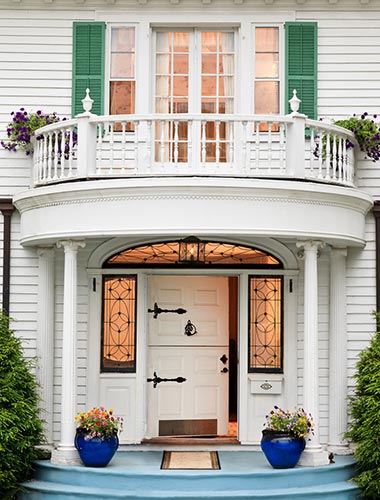 Open To The Public

Her 1948 brochure touts the six weeks of daily concerts at the Tanglewood Music Festival and explains “Breakfast only is served. There are excellent eating places nearby.” Some things have not changed in the past 70-plus years.

What did change at Hampton Terrace, however, were the owners. After six years, the Tromblys sold to the Stachs, and 16 years later, to the O’Briens, who ran the bed and breakfast for 31 years and raised six children on the property.

The current owners, Stan and Susan Rosen, purchased the property in 1999. Since the Rosens purchased the property, the “cottage” has been completely re-decorated with a 1930s feel. Bathrooms have been added or modernized so that each of the five guest rooms in the main house has a private bath. In two bathrooms, the old claw-foot tubs were retained. The house has been rewired, updated to code and fitted with a new heating system. All guest rooms feature new mattresses and linens. Six additional guest rooms have been added in the Carriage House, and all feature a fireplace, vintage fabrics appropriate to the era and a private Jacuzzi bath. The common area showcases ’50s vintage leather furniture and a fireplace. In 2006, three King Suites were added to the back, along with an outdoor heated pool, open Memorial Day through Labor Day. 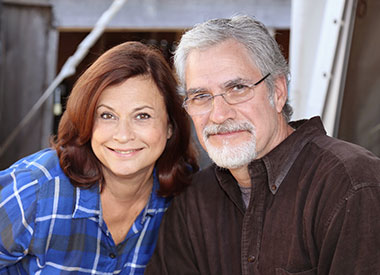 Since the 1920s, our sports heroes have swung bats, thrown touchdowns or squared off in a ring. But prior to Henry Ford, when all local transportation involved a carriage and a horse, the most idolized American heroes were those who could pull a carriage and its rider one mile down a track, in as close to two minutes as possible.

In its day, this was Corvette verses GTO. Every town had a fair, and every fair had a race track. These horses, called “trotters,” were railed thousands of miles to race legendary mares and stallions from other regions. Their names became as household as that of “The Babe.”

Robert Bonner and his children (owners of Hampton Terrace from 1917-1937) were considered the premier trotter owners in American history. The purest line begins with Hambletonian (1849-1876), who sired many of the Bonner’s most prized horses, and even Hambletonian spent his final years under Mr. Bonner’s expert and benevolent care.

“It is said that with the exception of General Grant and P. T. Barnum, Robert Bonner is known to more people than any man in America.”
– Illustrated Weekly Magazine, 1897 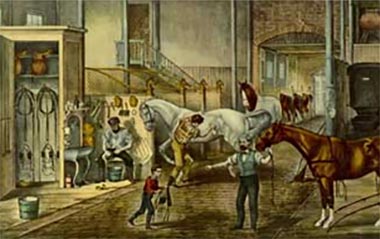 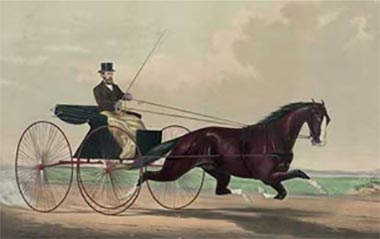 "….I enjoyed my stay at Hampton Terrace very much. The beds alone are worth the visit. Perfectly located, and warmly suited, I look forward to getting another chance to visit."