Roger St. Pierre, a free-lance UK writer, recently published an article in the Belfast Telegraph about a visit to Boston and the Berkshires.   His review of his night at Hampton Terrace:

“Lenox is the place to stay in these parts. The site of Tanglewood – summer home of the Boston Symphony Orchestra – it’s the inland alternative to the Hamptons for the rich and famous yet is affordable and unpretentious.

I’d recommend the delightfully renovated 1897 Hampton Terrace, a welcoming and elegant B&B whose ebullient proprietor, Stan Rosen, is an entertaining former jazz impresario who counts many of that music’s greats among his personal friends. Style and service are both impeccable here.”

About the jazz impresario part:  Roger writes about a lot of topics, but he is very well known in music circles.   He recently produced a six-part BBC radio series on American Music, but his first-person experience with British music dates back to the 60s, when he handled PR for the Jackson 5, James Brown, Bill Haley, Marvin Gaye and dozens of other iconic American acts touring the UK for the first time.  He has written over 1000 album liner sleeves, and thousands of music articles for various magazines.  He also has written two encyclopedias of music and the definitive biographies of many important musicians, including Jimi Hendrix, Bon Jovi and Madonna. 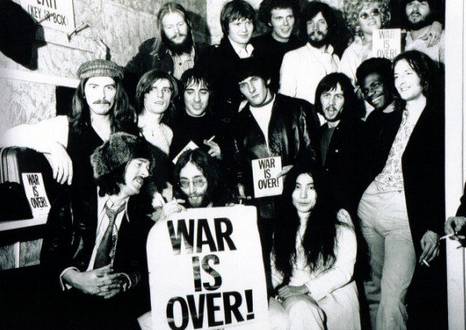 And, in 1969, he was co-promoter of the historic ‘Peace For Christmas’ concert, which headlined John Lennon’s Plastic Ono Band – and outfit which included that night Eric Clapton, Keith Moon, George Harrison, Billy Preston, Alan White of Yes, Delaney & Bonnie, the Manfred Mann Band’s Klaus Voorman and, of course, Yoko.

So……those of you who know me……know that I was in some kind of personal heaven hosting this guy in my living room.   We shared wine, swapped stories and dropped names for hours in front of the Hampton Terrace fireplace.

Most recently, Roger has shared his love of music with a passion for travel….having visited over 100 countries and more than 35 states.   He edits UK’s Holiday and Leisure World, and writes hundreds of travel guides and reviews throughout the world.

So imagine our excitement to have “made his cut!”