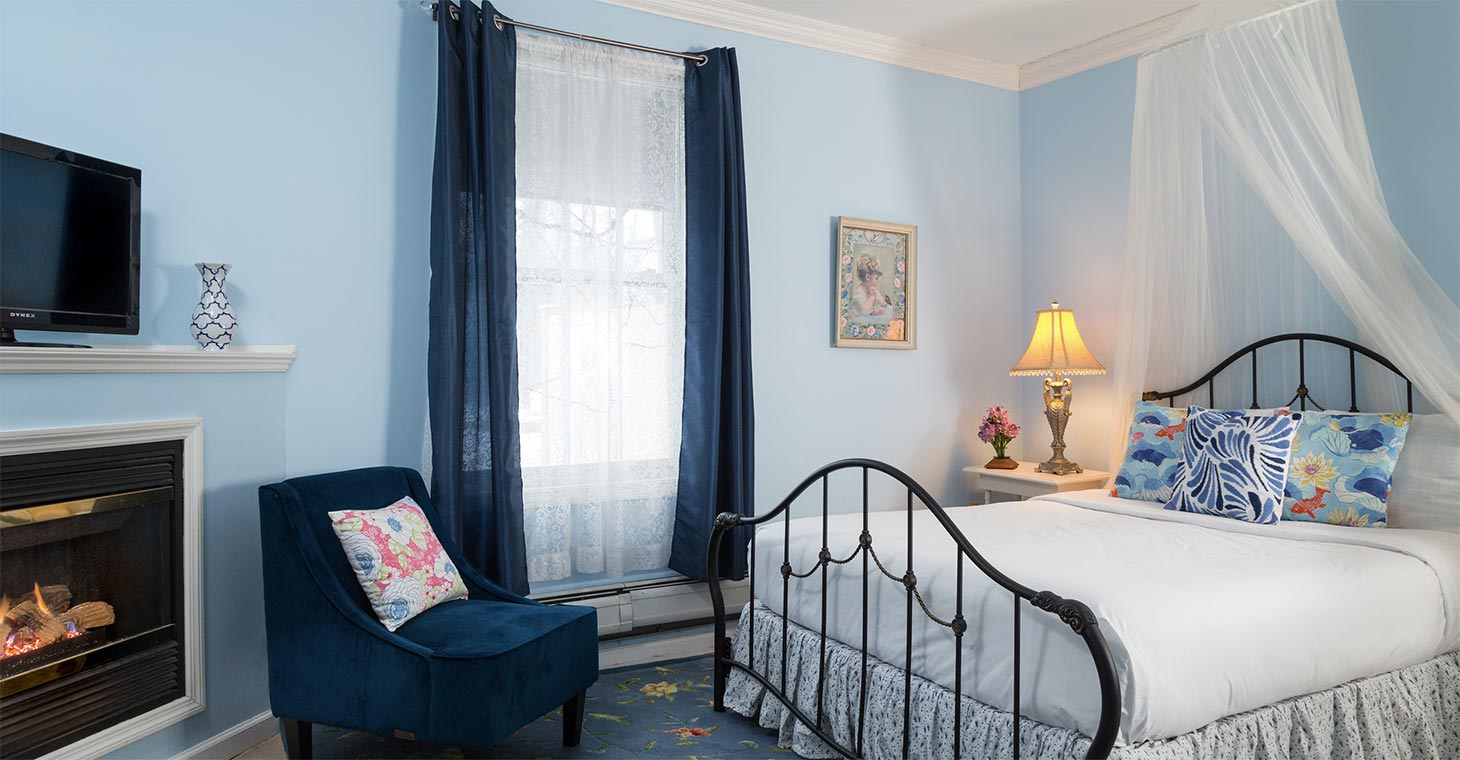 Previous Slide Next Slide
Back to All Rooms
Maud S Room

This room features soothing shades of blue, a queen iron bed with fluffy down comforter, gas-flame corner fireplace and a television. Relax in a private bath with a 72″ JACUZZI tub/shower combination and feel all the stress leave your body.

“Queen of the Turf,” Maud S. was foaled in 1874 in Kentucky, a light-red chestnut. She was sold to Capt. George M. Stone in 1877 for $350. After trotting a mile in 2:17 1/2 at Lexington, KY in 1878, she was immediately bought by William H. Vanderbilt for $21,000. She was used as Vanderbilt’s roadhorse until 1884, when she was returned to the turf to lower the record to 2:10 and was sold to Robert Bonner for $40,000. It was well documented that Vanderbilt turned down $100,000 from a racing syndicate in order that his favorite and most famous horse spend the rest of her days in Bonner’s benevolent care. While in his stable she trotted her record mile in 2:08 3/4 at Cleveland, OH, this being the seventh time she had lowered the world record in six years. In 1885 she was permanently retired as a road horse and died on March 17, 1901, her obituary appearing on the front page of the New York Times. She is buried in Tarrytown, NY, next to the immortal, Dexter.

"Just a quick note to say again how much Kate and I enjoyed our stay with you and Susan at Hampton Terrace. Everything from the room, to the food, to your hospitality and even to Atticus were terrific. We will indeed be back. Hopefully sooner than later."