Menken was visiting Lenox as part of Broadway In the Berkshires, a glamorous charity evening to support Shakespeare & Company’s training and education programs.

We had the pleasure of hosting the VIP after-party for the event, here at Hampton Terrace. Exceptional chocolates from Joshua Needleman of Chocolate Springs, champagne and an impromptu sing-along with Menken extended an already sparkling evening, late into the night.

Alan played at least 10 of his many hits on our storied Steinway, with the Broadway In The Berkshires crowd singing at the top of their lungs.

The Academy is not the only institution that has honored his fine work with their recognition. Mencken is also a Golden Globe, Grammy, Tony and Drama Desk Awards winner, many times over. His career began in the late 70’s but really began to take hold in the early 80’s with his Drama Desk win for Little Shop of Horrors. Since then he has been a staple in the theatre and film industries – culminating (thus far) in his 20 years of compositions for the Walt Disney Pictures. An entire generation of children and families have loved classic Disney films including The Little Mermaid, Beauty and the Beast, Aladdin, and many more.

What a delight to have him join us – and leave this behind: 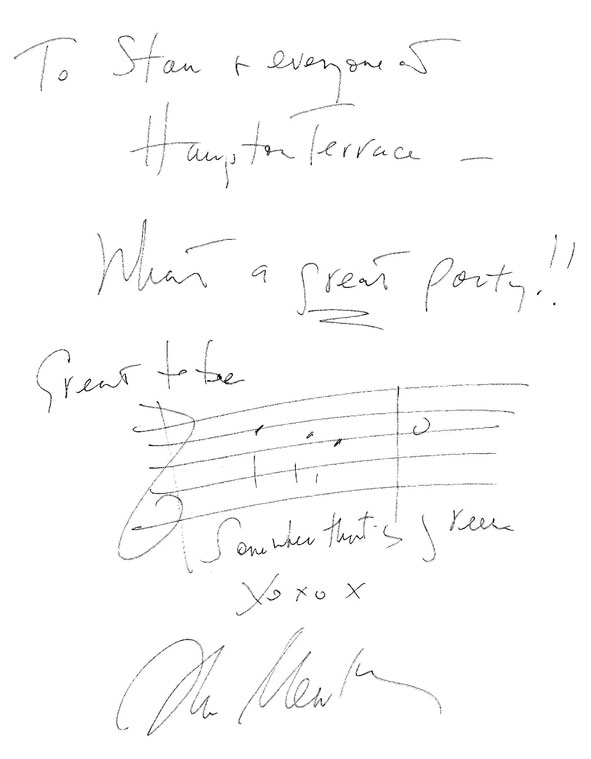