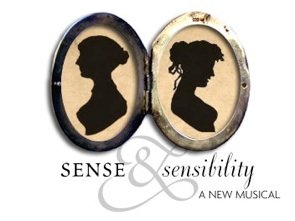 (The Berkshires, MA) — The Berkshire Musical Theater Workshop, BMTW, will present its inaugural staged reading of the new musical, Sense & Sensibility, at Shakespeare & Company’s Elayne P. Bernstein Theater, 70 Kemble Street,
Lenox, MA on Saturday, May 9, at 2 P.M and 7:30 P.M. Sense & Sensibility, with music by Neal Hampton (The Chimes, Mona Lisa Smile) and book and lyrics by Jeffrey Haddow (Scrambled Feet, Chekhov in Yalta), has been
developed in the prestigious BMI Lehman Engel Musical Theatre Workshop in New York, which has nurtured Broadway shows such as Avenue Q, Ragtime, and A Chorus Line.

The presentation is free to the public, however, reservations are required and can be made by emailing tix@bmtw.org, or by calling (413) 637-3353. For further information or to make a tax-deductible donation to BMTW, please email
info@bmtw.org, or visit www.bmtw.org. Sense & Sensibility is a work in progress, and at this time, is not open to review, however, members of the media are welcome to attend.

Berkshire Musical Theater Workshop is an organization founded to help new musicals make the leap from page to stage. Its mission is to provide the writers of new musicals with a creative, supportive, and serene environment in which to collaborate with actors and directors to breathe life into their work. The weeklong workshop culminates in
two staged readings with an opportunity for audience feedback so that the writers can further develop their work. Sense & Sensibility tells the story of the Dashwood sisters, Elinor and Marianne, who are as different as can be. Elinor is reserved, self-possessed, and rational to a fault, and Marianne is wildly romantic, emotionally uninhibited,
and disdainful of half-measures. They struggle to cope with reduced circumstances and the pressure to marry well. Ecstasy, deception, dashed hopes, and near-tragedy lead them to discover profound truths that bring them closer together and ultimately put them within reach of true and lasting happiness. The lush, romantic score brings alive
the repressed feelings, soaring emotions, and signature wit of Jane Austen in a totally new and exciting way.”I am so excited to be launching this workshop with such a treasured story,” says BTMW producer Deborah Grausman, who discovered the piece in New York. “Collaborating with artists in an environment conducive to creativity is exactly what this process is all about, and I look forward to working with the talented creative team and brilliant cast to further develop this winning show!” “This story has all the perfect elements to musicalize,” says Sam Scalamoni who is directing this staged reading for BMTW. “The passion of these characters is clear and the romance sincere.”

Jeffrey Haddow received an LA Drama Critics Award for his play, Chekhov in Yalta, and his musical revue, Scrambled Feet, ran for two years Off-Broadway. The Legend of the Yellow Rose, a new opera for which he wrote the libretto, will debut at The Living Opera Company in Dallas, Texas this July. Mr. Haddow and Mr. Scalamoni are currently collaborating on Summer Stock, a musical based on the MGM film. Mr. Haddow is also developing At the Back of the North Wind, a family musical based on the classic novel.

Neal Hampton’s music has been heard on A&E and The Discovery Channel. His adaptation of Charles Dickens’ The Chimes (book, music, lyrics) was featured at the 2004 Birth of a Musical Festival in Boston and his choral arrangements can be heard in the Columbia Pictures release of Mona Lisa Smile. Recent guest conducting
engagements include concerts with the Rhode Island Philharmonic and the Springfield (MA) Symphony. Mr. Hampton has served as the assistant conductor for the Young Artist’s orchestra at Tanglewood and is on faculty at Brandeis University and Wellesley College where he is the conductor of the Brandeis-Wellesley Orchestra.
Sam Scalamoni associate directed the Broadway productions of Disney’s Beauty and the Beast and Lestat, and has supervised the National and the UK International Tours of Disney’s Beauty and the Beast. Recently, he directed the last two readings of Alan Menken’s and Glen Slater’s new musical, Leap of Faith, as well as the debut workshop of
Mulan Jr. for Disney Theatrical Productions. In addition, Mr. Scalamoni is a founding member and the Managing Artistic Director of The Skyline Theatre Company in Bergen County, New Jersey.

Amy Lieberman is the Director of Choral Activities at the New England Conservatory of Music, and has taught piano, voice, and musical theater at Belvoir Terrace (Lenox, MA). She is currently a doctoral candidate in Choral and Orchestral conducting at Boston University and holds additional degrees from Stanford University and Yale
University. Ms. Lieberman is the artistic director of ArtsAhimsa, an international performance series that explores the connection between the power of the arts and non-violent causes.

Deborah Grausman, a New York based actor/singer/voice-over artist met Mr. Hampton and Mr. Haddow two years ago when she was recommended to present their material at the BMI workshop and to sing on the Sense & Sensibility demo. She has appeared Off-Broadway and regionally in many musicals (A Stoop on Orchard Street, Peter Pan, The Flood), and her voice can be heard on national commercials and video games. She has spent many summers in the Berkshires at Tanglewood (Boston University Tanglewood Institute), Berkshire Theater Festival, and Belvoir Terrace. Bob Cline has been a casting director in New York for 17 years. In addition to his commercial and film casting, he has cast over 50 National Tours and hundreds of regional theater productions. Most recently, Mr. Cline cast the National Tours of Hairspray, The Wedding Singer, Annie, Altar Boyz, and The Drowsy Chaperone.

Jane Austen’s Sense and Sensibility has had other successful adaptations including the 1995 Columbia Pictures release starring Emma Thompson, Kate Winslet, Hugh Grant, and Alan Rickman among others, and the BBC Television series that aired in 2008.

Casting for BMTW’s production of Sense & Sensibility has been announced. Early ticket reservations are strongly encouraged as public seating is limited.

The producers have chosen Hampton Terrace Bed and Breakfast in Lenox as a home base for this production due to its proximinity to Shakespeare & Company, and in large part because of the reviews it received when it hosted the cast, producers and director of David Black’s “An Impossible Life” last year. These reviews of the inn from cast members, including Peter Reigert, Lori Singer, David Black and others can be read on this website. Hampton Terrace is the #1 rated Lenox inn according to Trip Advisor reviews and features a Romantic Weekend Special. Our king suites have been held open for the period when the above-mentioned cast will be in residence, for guests who would like to share in what will certainly be an interesting and congenial week.