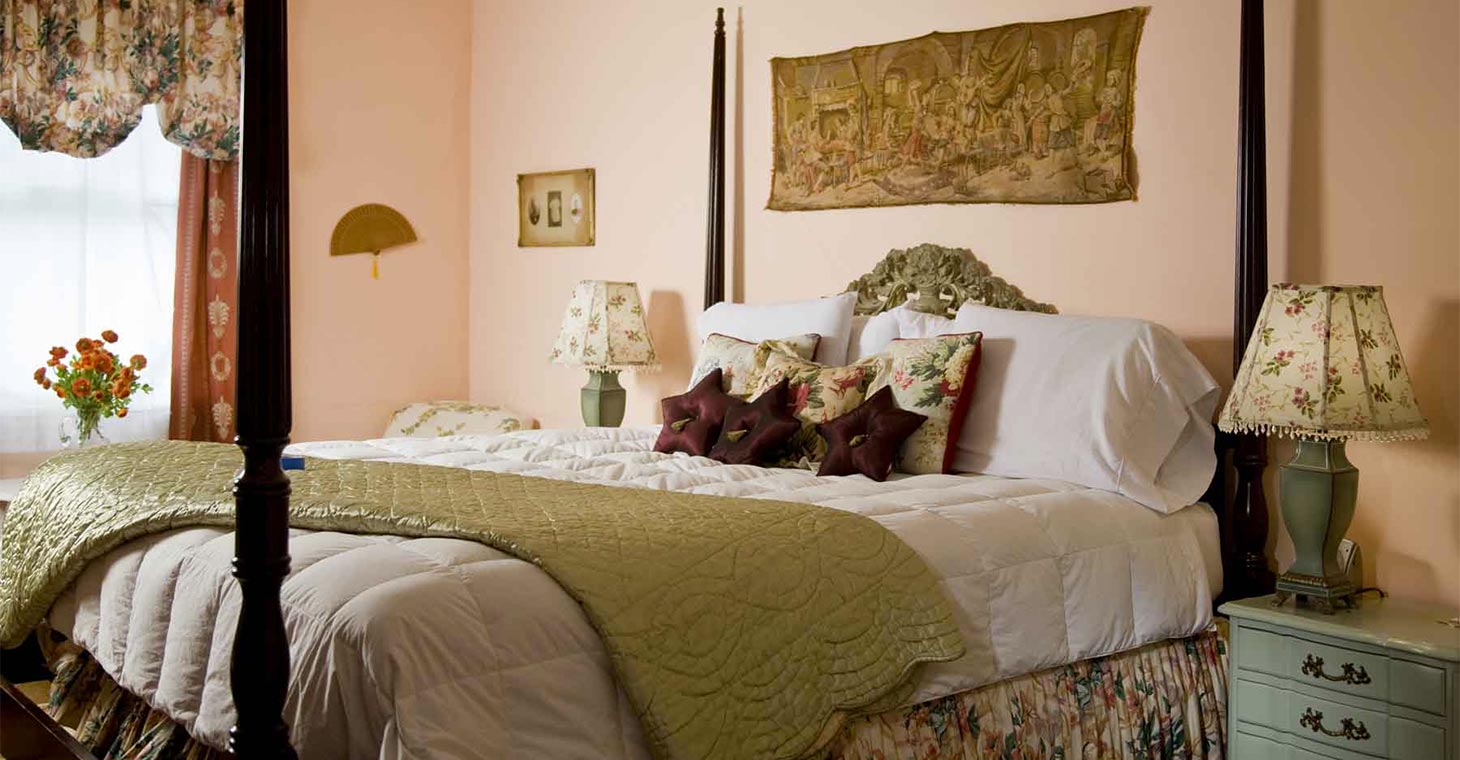 Previous Slide Next Slide
Back to All Rooms
Struthers Room

Celebrate a romantic occasion in this beautiful King room with a view of historic Trinity Church. The colors of the sunset welcome you when you enter this elegant corner room. A high mattress king bed with white down comforter adds a plush touch. A beautiful fireplace, along with antiques and vintage fabrics complete the mood.

Please Note: This room has a traditional claw foot bath tub with a shower and a wrap around shower curtain. There are no grab bars and you have to step up into the bathtub. This room is not good for people with restricted mobility.

John and Virginia Bird Struthers bought this property in 1896 and built the current home in 1897, which they called “Wynnstay.” Virginia’s father, Thomas Jefferson Bird owned and captained the Universe, a New York to Liverpool ocean liner. John Struthers owned William Struthers & Company, a third generation marble and contracting business in Philadelphia, whose commissions included the United States Mint, George Washington’s sarcophagus and most of Philadelphia’s most important monuments, including The Merchant’s Exchange, the Philadelphia Exchange, The Pennsylvania & Reading Railroad Building, and the Mechanic’s Bank.