A very cool deal at the Clark Museum for Tanglewood fans – they offer a Tanglewood ticket package.

When you purchase this special package, you get two admissions to the Clark Museum, and two Tanglewood lawn tickets. There are some restrictions as to which Tanglewood shows are eligible for this offer, but they are specified on the website so you can plan ahead.

Unearthed includes many artifacts never allowed outside of China 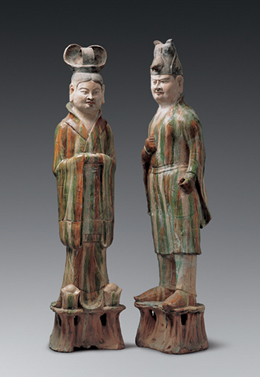 previously, on loan from a variety of Chinese agencies who are generously sharing these precious artifacts with the Clark.

Sterling Clark was, among other things, a founder of the museum (in order to house his extensive art collection) and the Through Shen-kan exhibit chronicles his scientific expedition to Northern China in 1908 and 1909.

In addition to these special exhibits, of course, there are also the museum’s permanent collections…what a great way to enjoy two of the Berkshires’ cultural gems.