Susan and I went to see James Taylor at Tanglewood last night. We’ve seen JT at least 15 times and this was the best performance we’ve ever seen for a lot of reasons.

First, he had an all-star band backing him up (picrure 1 below). There were huge names all over the stage.

Second, he seemed more animated than usual. He always puts on a great show, but this felt special. You could tell. Is it that this is Tanglewood’s 75th anniversary season? I don’t know but there was something exciting in the air last night.

And, the fact that Taylor Swift just dropped in out of nowhere as a guest, indicated to us that this was being filmed. It was pretty obvious that people were going to see this again.

James Taylor has a special connection to Tanglewood. Not only does he live right here in Lenox, but his wife Kim was the marketing director at Tanglewood for years.

Speaking of Kim, she joined him on stage last night for a song, as did his twin sons, Rufus and Henry (picture 4 below).

Between the regular show and the encores, he invited everyone to come on down. Susan and I worked our way down and ended up about six feet from the stage (picture 3 below). Check out the Berkshire Eagle review of the show for more info and some additional pictures.

JT is also performing tonight and tomorrow night. It’s beautiful weather for a show on the lawn (picture 2 below). They haven’t announced the special guest but we’re sure it’s going to be special. 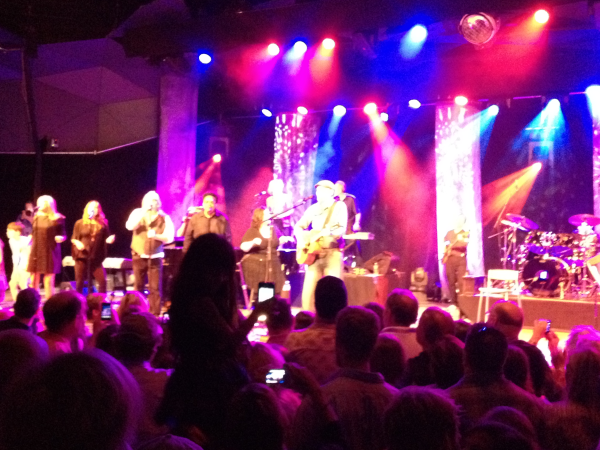 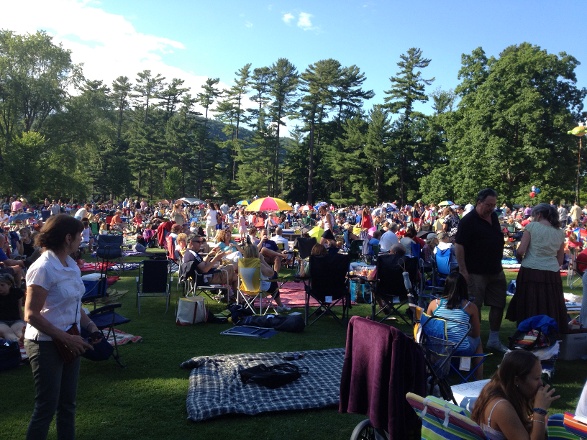