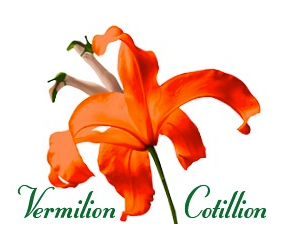 In this forum I have often mentioned the IS-183 annual costume “ball” as the best party of the year in the Berkshires.  Start planning for the 2014 version: The Vermilion Cotillion on April 12th in Lenox.

This primary fundraiser for the area’s not-for-profit art school, (children and adult art education) has grown into something whose reputation for insanity cannot be denied.

Susan and I were honored to be named last year’s Chairs – and let me tell you how it works:

The party is full costume.   Don’t be intimidated because EVERYONE dresses up and no one feels overdressed or underdressed.   A free, open bar halts anyone’s concerns in that category.   There are usually 400 to 500 people – and the party floats every year to a different, usually unconventional location.   Last year’s party was held in an undeveloped shopping center space.  The year before that….an abandoned gym in the middle of nowhere.   This year – a converted horse barn on one of the Berkshire great estates, Eastover. 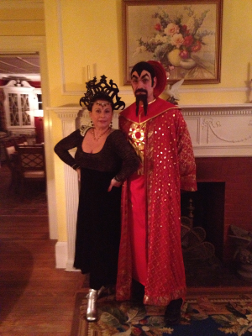 The Berkshires are known for attracting “creative” types.   Actors.  Artists.  Musicians.   They LOVE this party and the planning committee involves literally many dozens of people.   And THAT is why this party is SO crazy.

Last year, our original party theme started with the premise that there is a “Berkshire Energy Vortex” feeding local creativity.  The “decorating committee” added the twist that such a vortex must somehow involve Flash Gordon-type 50s sci-fi props and costumes.   And then others threw into the mish-mash an “Electric Swing” music theme – which is like Tommy Dorsey with a club beat.  Picture a canvas where the paint brush is passed from person to person until there is no more room on the canvas.   The IS-183 party.

THIS YEAR, the theme is Vermilion Cotillion, which means “RED.”   I cannot speculate beyond that for reasons listed above.   The decorating committee meets weekly at this point and the team (which is drinking beer and eating pizza) goes whatever direction it wants until literally the final minute before the party.   The location is Eastover, one of the original great estates in Lenox.   The century-old horse barn, called “Tally Ho” has been hosting parties for many decades, but I dare say it won’t see one like this again.   The “dance party” portion (which includes open bar and a silent auction) begins at 8 pm and is only $50/person.   This makes this fundraiser more “inclusive” than otherwise.   But most patrons of the art school will start at 6 pm at $175/person, which includes a full, hosted dinner.   Last year, the dinner was held at the location of the dance.  This year, the dinners will be hosted by restaurants and private individuals all over the Berkshires.