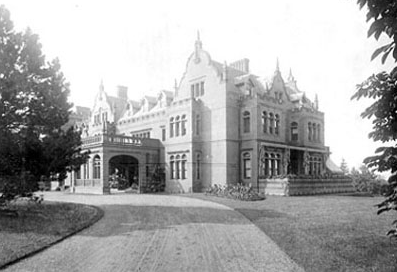 We never want to take for granted that one of America’s great mansions is located across the street from Hampton Terrace.

Ventfort Hall is MUCH more than a restored historic home.   A very aggressive schedule of tours, performances, special events, teas, parties, lectures, etc. keeps visitors flowing twelve months a year.   It is the ONLY “Berkshire Cottage” that attempts to stay open through the winter. 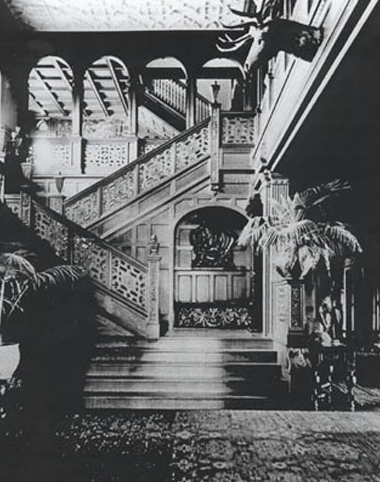 Buit as a summer home in 1893 by Sarah Morgan (sister of J.P.) and her husband, George (cousin and business partner with J.P), Ventfort Hall has 28 rooms, which includes 15 bedrooms, 13 bathrooms and 17 fireplaces.  Sarah and J.P. each inherited large estates from their father, and Sarah spent most of hers on this home.  As was the case with many of the great Berkshire estates, Ventfort Hall went through a half-century of alternate uses, including abandonment, until a local not-for-profit was created in 1994 to save the property.   Over the subsequent years, millions have been raised and invested, primarily through the efforts of benefactor Tjasa Sprague, who can still be seen daily, overseeing projects in the mansion.

One of the interesting angles to note, is that Ventfort Hall is a work in progress.   The deterioration was so severe in some areas, that quite a large investment had to be made in “things you do not see,” such as the roof, exterior brickwork and foundations, code issues needed to allow occupancy, heating, remediation, etc.   And utimately work has been finished on many of the grand interior spaces, such as the Grand Hall, staircase, dining room, parlors, studies and second floor bedrooms.

I am proud (Stan Rosen) to have been added to the Board in the early 2000s, and I was asked to Chair the first event held in Ventfort Hall in half a century.   We had to wait until the Building Inspector approved an occupancy of 100, and we planned a party to reintroduce Ventfort Hall to the Lenox community.

We pretended we were George and Sarah Morgan, inviting our friends to see our new summer cottage in 1893.   The entire evening was an authentic throwback, including the music played 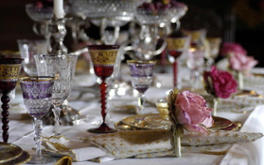 by the string quintet in the minstrel gallery, the food served both at the cocktail reception and at the seated dinner, the wines offered, the after-dinner entertainment and cigars…   A wonderful evening, only surpassed by the “White Star Line Party” a year later.  Another story, for sure.

Pardon the ramble down memory lane.  Back to the present:   Ventfort Hall is a MUST-SEE for those visiting the Berkshires and even worth a trip to the area – coupled with several nights at Hampton Terrace.   As a matter of fact, mention you are visiting Hampon Terrace because of Ventfort Hall, and I am likely to offer you a discount.