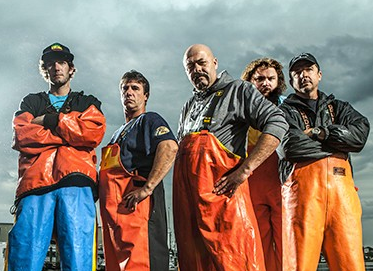 Gonna connect the dots here.  Susan and I LOVE Wicked Tuna – which is a National Geographic Channel reality show featuring the adventures of some very salty tuna fishermen from Gloucester, Massachusetts.   Not guys who drag nets, but guys who catch 800 pound fish with a line and a spear.   Every Sunday night at 9 pm.

Guys who go out every day, 7 days per week during tuna season, to earn enough money to carry them to next year.   And each trip out of the harbor is an investment in time, payroll, fuel and equipment.   They are in the hole unless they score a few giant fish at least.   Fish that bring between $3,000 and $15,000 each, depending on size and quality.  Just getting a fish on the line does not mean a payday.   It seems AT LEAST half the fish they hook either pop the line, drop the hook, or end up being sharks.   I know the show amplifies the personality conflicts between boat captains, but it makes for compelling television.

These guys are real.  They have families. They swear.  They drink beer.  None of them has ever met an “R” in the middle of a word.  They love what they do, although any unbiased observer might conclude the risk and reward are askew.

Now what does this have to do with Hampton Terrace – and more fundamentally – why Susan and I LOVE living in Massachusetts?

Because here in the Berkshires, our lives are populated with guys like this.

I cannot tell you how many times people ask if running an inn is like the old “Newhart Show” where “Dick Loudon” moves to Vermont to run an inn.   The ever-expanding cast of odd 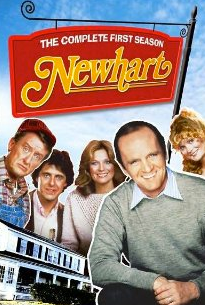 characters was fodder for potentially decades of funny episodes. (Larry, Darryl and Darryl)

Susan and I have recently come to the realization that our lives are exactly like this.   We have Bob the painter, Chris the landscaping guy, Wade the plumber, another Bob the heating guy, “Cajun Don” who does small carpentry jobs, another Chris who does larger jobs, chain-smoking Scott and his brother who do major construction for us, Antonia and Jose – our housekeepers since 2006, aided by their children, siblings and cousins as needed…  Curt who delivers milk.  And when I go to the local Ace hardware store:   Rudy, Brian, Jenn, Collette, Kevin.  At the corner gas station:  Big Glenn and Little Glenn.   At the local grocery:  Earl, Leslie and Michael.  And on and on.

Why do we appreciate these “salt of the earth” people so much?  We have a mutual dependency for sure, but just like I know every one of the Wicked Tuna captains and crew would sacrifice everything for a fellow fisherman in need, I feel the same about the cast of characters who support Hampton Terrace.   If the heat goes out in the middle of the night….we have it covered.  Pool pump shorted?   Solved.

I grew up in a place where it mattered whether you were white or black (in every possible scenario).  You either grew up on the right side of Vineville Avenue or the wrong side.  Where did you go to school?   …which church?   …which high school sorority or fraternity?  ..old money or new money?   …which country club?   …which civic club?

And it is not like I was on the wrong side of the tracks there.   My family has been in Macon since the 1840s, and we DID belong to the country club, etc.  I just hated watching how people acted to those who did not meet their criteria for inclusion.

No such issues here.  Although I know Lenox MUST have a well-hidden clique of some who might worry about such things, I have never been impacted by them.   In 17 years…can’t name one.

The wealthiest person in the Berkshires – Jane Fitzpatrick – drove a Ford Escort station wagon and literally never met a stranger.

So when I see Dave, Paul, Tyler, chain-smoking Dave, and the others on Wicked Tuna, I also see Bob, Wade, Chris, Antonia and Jose at Hampton Terrace.   Hard-working, family-oriented locals who are loyal to us, and completely without pretense.   And we try to be loyal to them.

What will be their mood today?   How did the Sox, Patriots, Bruins or Celtics do last night?