For the art-enthusiast traveler, there is a current exhibit at the Clark Museum in Williamstown, MA, that is an absolute must-see experience. Winslow Homer: Making Art, Making History, features one of the best American artists of the 19th century.

Homer, a Massachusetts native was unique in his embrace and mastery of multiple genres of art, including illustration, watercolor painting, printmaking and oil painting. He inherited his 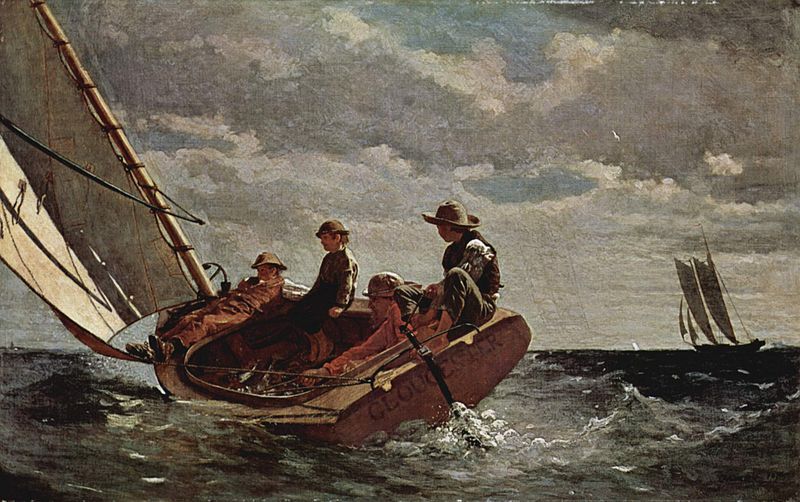 mother’s artistic talent and at the young age of 19, began his artistic career as an apprentice for a lithographer. His career took him from printmaking, to magazine illustration of the Civil War (for which he spent time on the front lines, sketching battle scenes), to recognition as a painter – and indeed, one of the most prolific and respected artists of his century (despite the critics he encountered in his lifetime). He specialized in depicting scenes from everyday life, whether or not it was the fashion at the time.

This particular exhibit is culled from the extensive Homer collection created by Clark Museum Founder Sterling Robert Clark. Clark, successfully retired from a US Army career in 1910, had picked up a habit from his parents, of collecting art. When he married his wife Francine, they grew their collection together, and in 1915, the Clark’s acquired their first Homer. They continued to collect Homer until 1955, acquiring over 200 pieces.

The Clark displays some part of their Homer collection every year – this year’s exhibit also includes some works on loan, including some rarely-seen work from a private collection. The exhibit showcases the versatility of Homer, with pieces reflecting his mastery in a variety of media.

This exhibit will remain on display at the Clark until September 8,2013.

For more information about great rooms at Hampton Terrace, a great place to stay in the Berkshires while you absorb the works of significant American artists? Check out our rooms and rates!

The work of art depicted in the photo above and the reproduction thereof are in the public domain worldwide. The reproduction is part of a collection of reproductions compiled by The Yorck Project. The compilation copyright is licensed under the GNU Free Documentation License.