Yo-Yo Ma is not only a world-class musician and probably the most recognizable classical musician of his generation, but he also calls the Berkshires home. It’s not surprise then, that we caught this piece from him in the New York Times.

Interestingly and inspiringly, he claims that his love of Tanglewood and the Berkshires was ignited by a summer he spent here teaching and coaching young musicians. He also extols the virtues of the overall Tanglewood experience, the synergy of music and nature in this 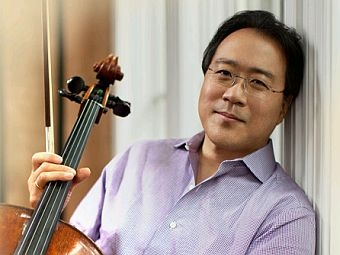 He also name drops some of his favorite Berkshires locations, including our neighbor, Venfort Hall, and reminds readers that the Berkshires aren’t all about summer, there are things to do here in the winter as well (has he been reading our blog?!).

We also found a handy piece in Vanity Fair, also featuring Yo-Yo and his comments on the Berkshires where “there are more trees than people”. We agree with him, this is a great place to relax!

The Tanglewood 75th anniversary concert on Saturday, 7/14, featuring Yo-Yo Ma, John Williams and other notables (many with homes in the Berkshires), was filmed for CBS’ Great Performances, will be aired August 10 – don’t miss it. That show will include a 12-minute video on the history of Tanglewood. It will give you a change to see what the experience of Tanglewood is like for those of you who have never been (without actually having to come and see it…though clearly, we think you should come see it).

These neighborhood notables could choose to live anywhere in the world, but they choose to live here in our Berkshires back yard because of the natural beauty and the cultural synergy. This is a spot on Earth that you need to see in your lifetime. Come stay with us here at Hampton Terrace to experience the magic.